“The migration” is a cyclical event with nearly 2 million wildebeest and zebra moving in search of grass and water. What many people do not realize is the migration is a year-round event.

The migratory herds can be found in Serengeti throughout the year, with the culmination of a huge convergence between northern Serengeti and Kenya’s Masai Mara generally from August until October.

In general, the vast herds of migratory animals can be found December – March in central Serengeti and an area called Ndutu, which is technically part of the greater Ngorongoro Conservation area. This is also the time of the calving season, which usually takes place in Ndutu, though calves can be born anytime, anywhere. From April – May, the migration moves to the central Serengeti.

June and July, there is usually a split with some venturing to the western corridor (Grumeti River area) and others heading to the northern corridor.

August through October, the herds gather and travel between the Kenya-Tanzania border, along the banks of the Mara River.

The herds then head south, where they are – again – found in abundance near central Serengeti.

This is a general description and one that is subject to change as weather patterns alter. These are wild animals constantly on the move in search of food and water, so the precise location of the mega herds cannot be said with 100% certainty.

For people who have the time and budget, we usually recommend splitting time between two locations in Serengeti to increase the odds of catching the migratory herds in one location or another. 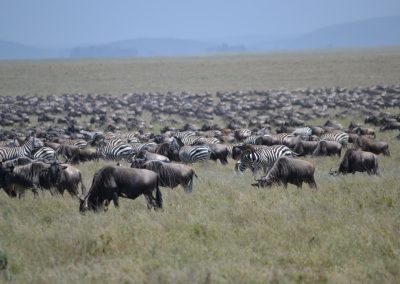 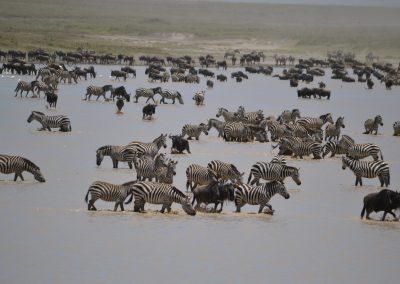 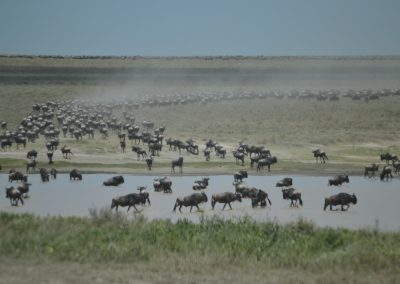 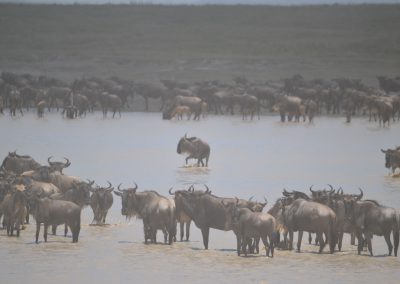 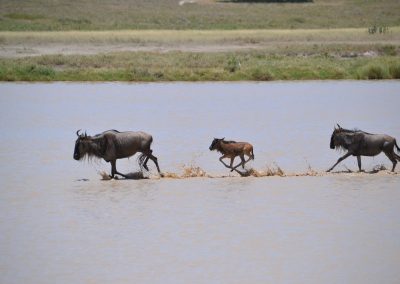 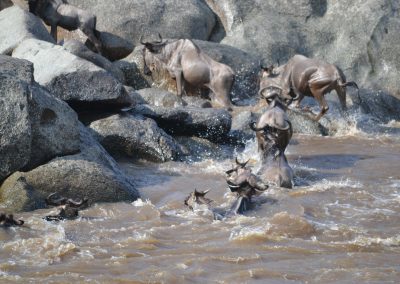 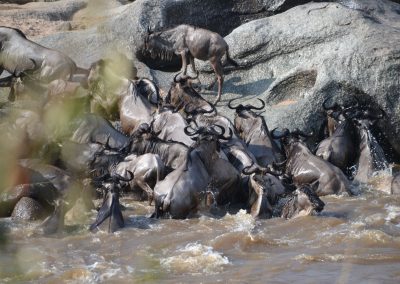 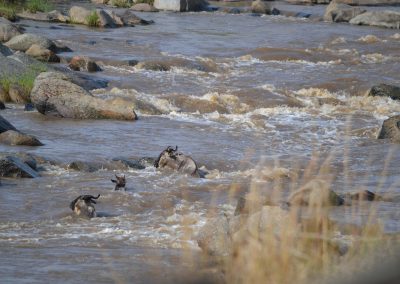 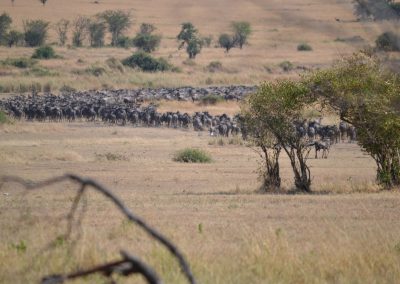 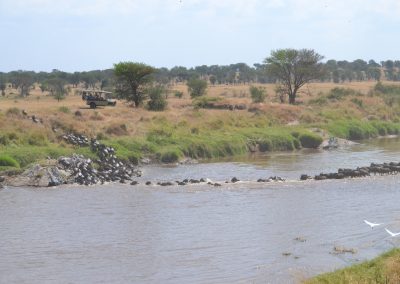 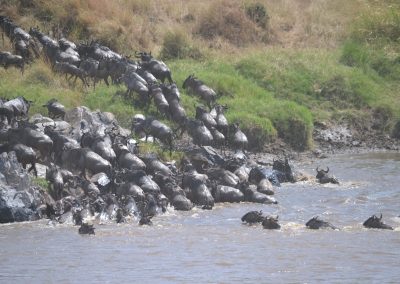 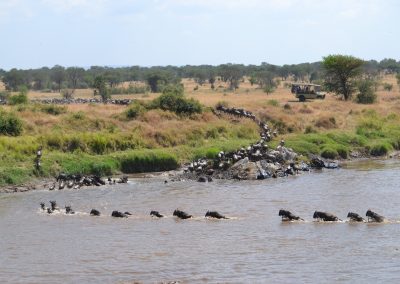 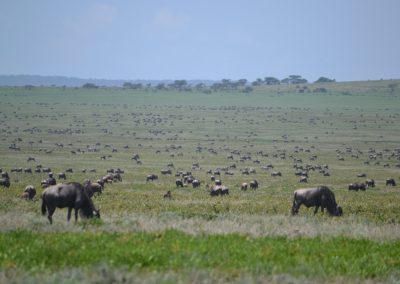